So Cineworld, with its cinemas still closed (and for who knows how long) has done one of those campaigns that are going around social media at the moment like “choose a song a day that you love for a different reason” and so on… have a look below at what they’ve come up with for films:

I’d thought about doing this on Instagram, but my lack of motivation, crossed with a fear of even starting an Instagram Story without it going hilariously wrong, nixed that immediately. However, it slowly dawned on me that I have a blog, it’s centred on films and I could do a post a week for six weeks, combining brief answers with more comprehensive rambles

Below are the first five answers – the quality of the questions varies wildly, and my responses reflect that. I tried not go into too much detail (I know I waffle on in person enough and these reviews often need hacking down), so I’ll try to keep my recollections brief!

When I can, I’ll try and give you an anecdote connected with some of these choices, because I find it’s those experiences that truly resonate – and why we love films and the cinematic experience. That is what I miss the most, and will miss even more the longer it transpires that I can’t safely return to my local cinema.

Day 1 – The first film you saw at the cinema

This required some research, i.e. asking my mum what it was because I have absolutely no idea! I have strong memories of betrayal when I was a young kid at being prevented from seeing Jurassic Park in the cinema because I was too young, but having heard from friends who were allowed to go, and who promptly pissed themselves with terror as four or five year olds, it’s probably a good thing I didn’t!

I was reliably informed that the first film I saw, with my grandma no less, was The Secret Garden at age five – this was both hilarious and bizarre to discover, in equal measure! My memory of that trip was getting very upset at a scene in which the main character dreams about a baby (I can’t remember if it’s her or a sibling) being abandoned in said garden by her parents, and crying – I remember being so emotional because I imagined it to be my sister (aaww, I hear you cry – especially you Soph)!

I’ve seen the film a fair few times since and it’s a good, if bleak kid’s film – but certainly more highbrow and less expected as a first cinematic experience than the 90s Disney classics most of my friends probably saw first.

Now this – this could have been any one of many films, as I’m sure the same would be for anyone! But in line with the hilarious betrayal reference in day one, I’ll mention Jurassic Park because I was OBSESSED with this (and it’s still in my top however many favourite movies today). 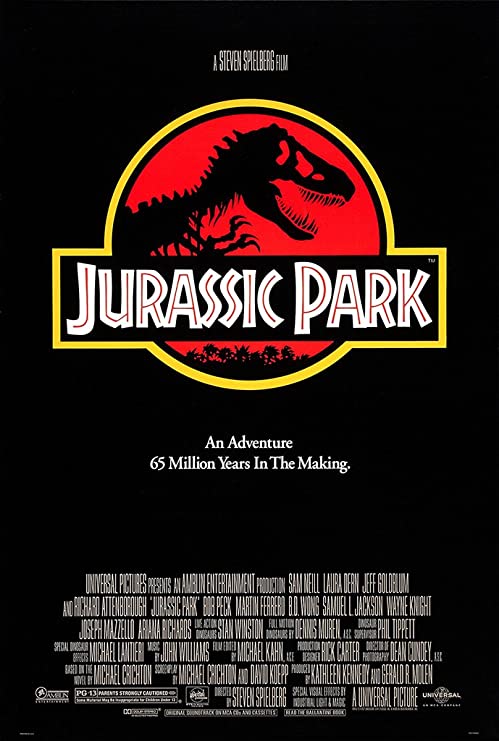 Jurassic Park is a film I could watch again and again for the rest of my life, and enjoy it just as much, as well as discover new elements. Everything about it is immersive and so spectacularly of the moment – yes it’s Hawaii and soundstages, but to me it’s still Isla Nublar and I want to go there please.

Spielberg and his crew made the park feel real and tangible – if I was ever rich enough to own a huge drive through a wood to my home, you bet your ass I’d have replica Jurassic Park gates. It has comedy, suspense, thrilling action and tension and that nasty streak of horror Spielberg’s best blockbusters have. The sequels, to put it politely, can fuck off (see my review of Jurassic World for reference).

Amazingly, he made this at the same time as Schindler’s List, which I struggle to comprehend – to make two wildly different, spectacular works of cinema in the same year, and one about so profound and serious a subject (while the other deals with a theme park gone wrong) shows just how immense Spielberg is as a director.

A few years ago I had the closest to a religious experience this atheist will ever have when I saw the film played live to score at the Royal Albert Hall. Some music gives me goosebumps and that euphoric feeling where you’re not quite crying but feel heightened emotion – and at the arrival at the island, with an orchestra blasting out John William’s sublime score, I had one of those moments.

It’s a part of me, this film – it came into my life at a very young age, merged with my primary school love of dinosaurs and fired up a passion for cinema and music in my little brain. I love it and I always will! And its quality has never dipped despite the fact I have easily seen it dozens of times, if not more.

Judging by the fact that it continues to be a source of memes (well, Jeff Goldblum memes), and is thought to be one of the best blockbusters ever made, even 27 (27!?!?!?) years on, I’d wager I’m not the only one who still feels that strongly about it.

Day 3 – A film that made you laugh out loud

This is an annoying question to answer, given that many films have made me laugh, and out loud. Where would I even begin? So I’ll give you a leftfield answer here that relates to another cinematic experience I’ll never forget.

Forgetting Sarah Marshall is one of those comedies that people seem to love or hate (particularly if you have strong feelings one way or the other about Russell Brand – who for me is the surprise, standout comedy centre of this film). But no scene with Brand or any of the other comedy heavyweights resonates with me as much as the scene where the lead character (played by Jason Segel) is forced by his date (Mila Kunis) to play a song from his “Dracula musical” in a dive bar in Hawaii.

It makes me smile even writing those words because I remember seeing it in a large group at uni in Southampton – we were laughing out loud regardless, but another cinemagoer found it so funny he began to choke. I know, that’s not funny to read – but his laughter prior to that was so extreme, and the reaction so radical, that the whole cinema was torn between laughing at him, the scene unfolding (which only got funnier) and concern over his health.

As this hit a delirious fever pitch, he stopped coughing, laughed manically and then stood as the end of the scene came on, getting up and heading to the end of the row to clearly go outside and sort himself out. The cinema as one applauded him and he bowed, which just crystallised the experience. I can’t watch that scene without thinking of that amazing, communal outburst of manic, panicked laughter, so it’s my choice for this one.

This is a stupid question, so I’ll dignify it with the respect it deserves (none) by providing shameless promotion of links to films I’ve reviewed that start with ‘The’ alongside a mini review:

Day 5 – A film that you think is underrated

Now this, THIS is a challenge! I could bore you to tears with thousand word essays on underrated films I’ve seen. Plenty of the films reviewed on here are underrated gems. But I’m going to go with one of my favourite ever films and one of the best made in recent times – which I think will go on to be known as one of the greatest.

Blade Runner 2049 – my review of which is at that link and which can provide you with all the detail you want – is my choice. Suffice to say, from its production values to its sumptuous cinematography, its epic scale and uncompromisingly bone shattering score – this is a cinematic masterpiece. And it barely made its budget back in cinemas. It used to be on Netflix and may yet return there, or to Amazon Prime – but nothing will ever compare to watching this in the cinema, despite now owning the bluray and the soundtrack. 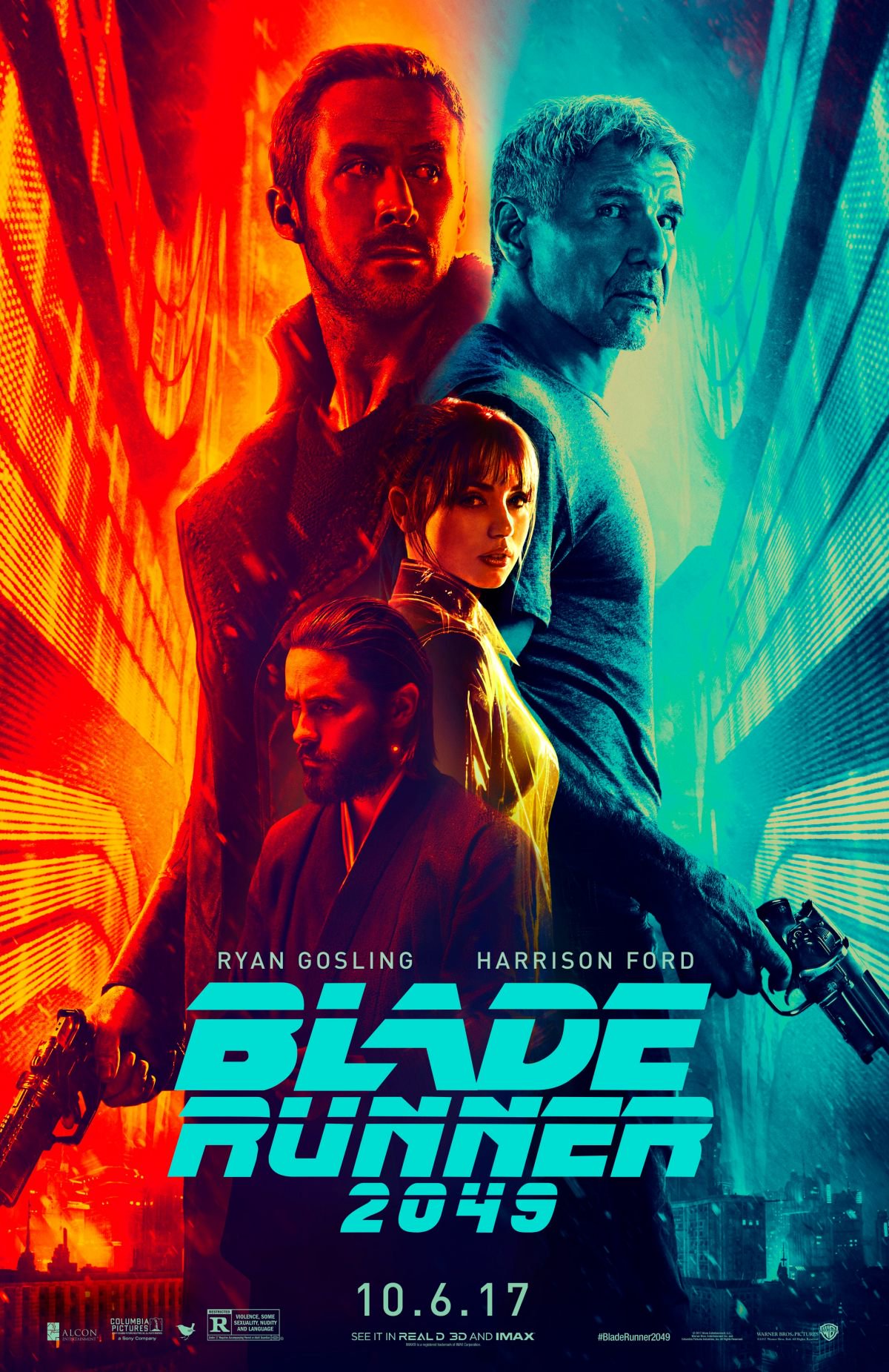 It’s one of those films made for that experience – the sound design and score pummel you into submission in your seat before you’ve even seen anything. Three hours later, you’ve witnessed a sequel that surpasses the original (fight me), given Ryan Gosling (RYAN GOSLING) a career best role suited to his rather wooden acting style, and achieved the impossible in motivating latter day Harrison Ford into reminding you why he’s one of the best movie stars of all time.

(Side note: I mentioned earlier on about that euphoria I get with certain cinematic music? The track “Sea Wall” on this film’s unbelievable soundtrack has that same effect, with its amazing marriage of dance music rise and fall with synths, orchestra and an immense baseline. One too many times it’s come on during a commute and I have probably blown my speakers/scared fellow drivers blasting this out)

I could go on, and on, and on about that film forever – but why don’t you just watch it and judge for yourself! It’s incredible in every sense of the word, and massively underrated for the masterpiece it is.

Thus ends the first post in this six weekly series – hope you enjoy it, and why not tell me what your choices were?